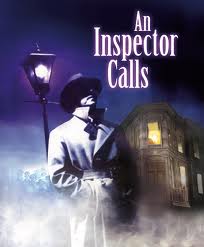 I have produced this page to help students revise for exam questions on the inspector himself.  If you learn key quotes on each of the characters, you should be able to deal with all the character questions including the dramatic presentation part.  Look up each quote below so that you can explore the significance of its appearance in the text.

Unfortunately, you will not be able to see the row divisions very clearly but I have grouped some quotes together because they have a bearing on each other.  Complete the second and third columns.

Whilst the page numbers are unlikely to be the same in your copy of the play, they do give you an idea where to find the lines.

The profile is to be found at the bottom of the page.

The dramatic importance of the inspector:

He reveals the nature of each character.

He is a seer