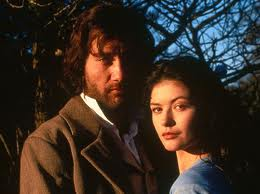 Clym, the bright, ‘wonderful clever’ (65) yeoman, is seen as something of a prodigy by the people of Egdon.  Captain Vye describes him as ‘a promising boy’ (158) and ‘he had been a lad of whom something was expected.’ (226).  Much is expected of him and the heathfolk see it as only right and proper that he should ‘get on’ in the world.   A self-deprecating Granfer Cantle says: ‘I am nothing by the side of you Mr Clym’ … ‘Nor any of us,’ (196-7) and this is endorsed by Humphrey ‘in a low rich tone of admiration.’  Our introduction to Clym is as diamond merchant (162) from Paris but he says:

‘my business was the idlest, vainest, most effeminate business that ever a man could be put to.’ (229).

He is the native who returns, rejecting urban life.  Some might feel that his failing to see that aspiring to educate the rustics in the  ‘humaner letters’ before solving the problem of their poverty is absurd – others might feel that education is a way out of poverty.  It appears that Hardy’s view is the former.  Clym is ‘so inwoven with the heath in his boyhood that hardly anybody could look upon it without thinking of him.’ (226); he is ‘its product’.  However, the man who returns to Egdon has a radically transformed perception ‘with the strangest notions (163).   He now ‘lives’ in another ‘world’, yet takes up his existence in the world of his origin.  He comes to exist where bees hummed ‘with an intimate air’, ‘tribes of emerald green grasshoppers leaped over his feet’ and ‘none of them feared him’.  He becomes ‘no more distinguishable from the scene around him than the green caterpillar from the leaf it feeds on’.

Hardy shows that the two ‘worlds’ of ancient and modern are incompatible: there exists a deadly animosity between Egdon and ‘civilisation’.   The despair invades from beyond agriculture.  This antithesis is replicated in his look is of someone who has:

‘a natural cheerfulness striving against depression from without’ and … ‘the look suggested isolation, but it revealed something more’ …   ‘the deity that lies ignominiously chained within an ephemeral human carcass shone out of him like a ray.’ (195)

When Clym walks across the heath, Hardy replaces analysis of him with imagery and when Clym argues with his mother, that imagery is replaced by flat, direct question: ‘what is doing well?’   The novel deals with this precise issue.   His symbolic blindness returns him to the heath as a furze cutter – away from further insight into the conditions of existence.   At the close of the novel, he is found preaching and teaching the traditional morality of Egdon – is this ‘doing well’?!.

There are the contrasts and the ironies between:

×          the intellectual work Clym wished to do and the physical work he is forced to do;

×          his sweeping intellectual vision and his myopic physical sight in which ‘his whole world [is] limited to a circuit of a few feet from his person’;

×          his determined start to teach ennoblement and his final preaching repentance;

×          his physical identification with the heath, that is ‘obscure, obsolete, superseded country’, and the description that he is ‘mentally … in a provincial future’;

×          Clym returns to ‘cultivate’ the heath’s people, while on the other hand ‘indulging in a barbarous satisfaction’ at the heath’s resistance to cultivation;

×          although longing for a world free from ambition, he dreams of becoming the head of one of the best schools in the country’;

The conflicting demands of Clym’s love for his mother, his love for his kind and his love for Eustacia force him to act in progressively more contradictory ways.  He is determined to maintain the ‘three antagonistic growths … his mother’s trust in him, his plan for becoming a teacher, and Eustacia’s happiness’ but he succeeds only in destroying all three.

Egdon thus signifies both the material and ideological world of the characters who inhabit it; the novel explores these conflicts and contradictions which are also ’embodied’ in Clym. Clym is representative of the world he inhabits:

‘Clym had been so inwoven with the heath in his boyhood that hardly anybody could look upon it without thinking of him’;

Egdon ‘permeates’ him ‘with its scenes, with its substance, and with its odours.

In the fifth chapter of the second book, titled ‘The Two Stand Face to Face’, Hardy deploys another of those painting analogies.  Clym is leaning against the dark wood of a settle against which his face shines out, Rembrandt-like, so that the ‘observer’s eye was only aware of his face’ (194).  The way in which Clym’s countenance is overlaid bespeaks a disharmony, a conflict:

‘The face was well shaped, even excellently.  But the mind within was beginning to use it as a mere waste tablet whereon to trace its idiosyncrasies as they developed themselves.  The beauty here visible would in no long time be ruthlessly over-run by its parasite, thought … an inner strenuousness was preying on an outer symmetry … Hence people who began by beholding him ended by perusing him.  His countenance was overlaid with legible meanings … He already showed that thought is a disease of flesh, and indirectly bore evidence [of] the mutually destructive interdependence of spirit and flesh.’ (194)

What we see on that face are the marks or symbols of a radical separation.  In Clym, the spirit and product of Egdon, the last of the yeomen, there is an image of the end of a specific history.  The reveals the subversion of the unity between being and consciousness.  Wessex is the ‘site’ of this conflict.

×          ‘the strange amber-coloured butterflies which Egdon produced, and which were never seen elsewhere, quivered in the breath of his lips.

×          ‘Echoes from those past times when they had exchanged tender words all the day long came like the diffused murmur of a seashore left miles behind.’ (410)